I ran the Chinatown Firecracker 5K this morning. I think it's one of the most fun and best organized short races in L.A. They lit up a hundred thousand firecrackers before the race for the Chinese New Year. They had a bunch of booths at the festival. I also met the Chinatown Queen and Court.

This was one of the more difficult runs because of the hills around Dodger Stadium. I thought my time would be worse than the last 5K I did, but I actually improved. I ran it in 23.33 seconds. That's almost 4 minutes off my last race, and I didn't even run at all since the last one. I was quite surprised since I thought the uphills would slow my overall time a lot. I guess the downhills more than made up for them. I'm not sure how much more I can continue to improve without actually training. I'm hoping I could get back to my high school running time of under 21 minutes.

After running to the 5K, I ran back home. Well, I did run back slowly since I was so full from eating. My legs were also pretty sore. I didn't run too slowly since I had to go to the bathroom. Then, I biked to church.

I gave up trying to gain a ton of weight so I could go on The Biggest Loser show. I didn't feel good gaining so much weight. Plus, I actually lost weight lately.

Last night, I cut my own hair. It didn't turn out that great. I actually did a terrible job. I had to get Sarah to make my hair a little bit more presentable. I think she did a good job. She doesn't want to cut my hair again since she comes home late every single night and is too tired. She's been working 14 hours every single day without a day off in over a year since she started her own pharmacy.

After closing her pharmacy at 9 p.m., I took her out to eat some sushi in Little Tokyo tonight. We also ate some Pinkberry frozen yogurt. Even though she's really tired, I think she liked our little date night.
Posted by David Kim at 10:29 PM No comments: 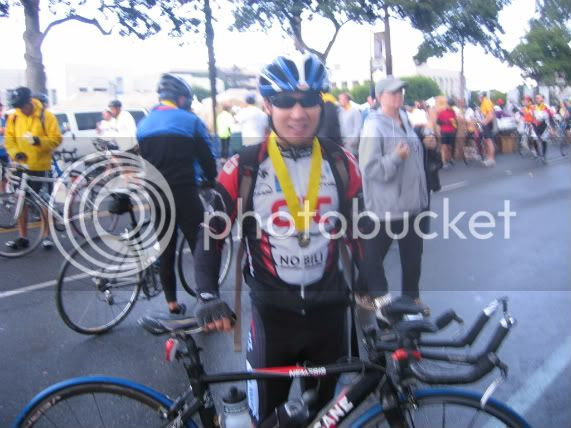 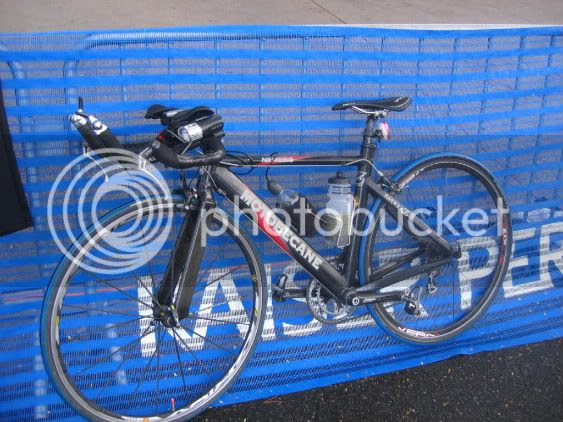 This morning I did the Pasadena Marathon Bike Tour. I woke up at 4 am to eat and get ready. I biked about 15 miles to get there for the 26.2 mile ride that started at 6:15 a.m. It rained a little bit but not as much as last year.

I started near the front again. I know it's not a real race, but I finished in 8th place out of several thousand riders. I finished in under 1 hour and 20 minutes. The guys at the front were really fast. I tried to hold on to 5th place until I got passed at around mile 20. Then those guys dropped the hammer and I was huffing and puffing to keep up with them.

It was kind of lonely riding in the front. The streets were empty and hardly any riders. It was like biking by myself like I usually do except all the intersections were blocked off for the riders.

I rode about 66 miles for the day since I biked to church and Sarah's pharmacy as well. After teaching sunday school, I helped my wife at her pharmacy from 1:30 to 9:00 p.m.

My bike riding has decreased a lot in terms of mileage this past winter season. I wish I kept up the high mileage I had early in 2009. Still I was pleased with myself for my time and position. I guess the large pizza I finished by myself last night helped me to fuel up. Dang, I'm a pig. Well, at least I still got it in terms of eating capacity.
Posted by David Kim at 11:25 PM 2 comments:

I am so tired these days I feel like a zombie. I did not want to wake up this morning to do the run, but I forced myself to do it. I've been so busy these days that I haven't been running. The last time I ran was the Santa Monica turkey trot back in November. This time I learned my lesson from the last race and didn't eat too much before running.

I ran today's event in 24 minutes and change. I was quite surprised since I haven't trained at all since November. Last time I ran a 5K in 27 minutes. I thought I would come in around 30 minutes this time. It must have been from all that daydreaming about being fast. I know it's a mediocre time for serious runners. I've got to start running more.
Posted by David Kim at 7:33 PM 2 comments: